Today the 21st March would have been the 52nd birthday of the man who is regarded by many as the greatest Formula 1 driver of all time. In my own personal opinion it’s impossible to compare drivers from different eras so I’m not even going to get into that debate.

The following will take a look back at the life and career of a man who had an immeasurable impact on the sport of Formula 1 and sport in general. 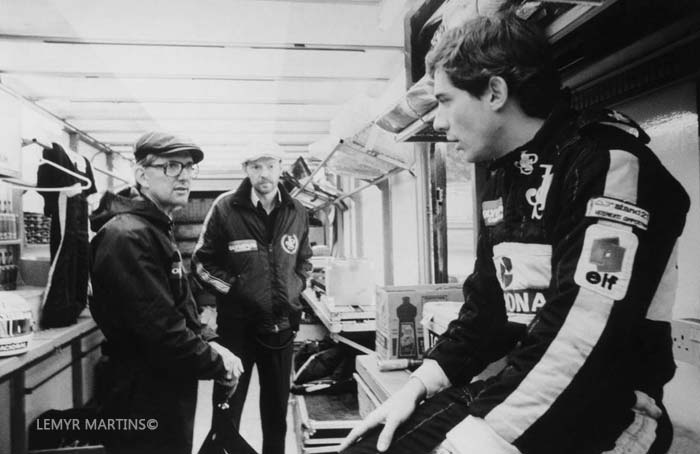 Senna started his open-wheel career in England and his battles throughout the junior formula with a young Martin Brundle have gone on to become the stuff of legend for all those who witnessed it and even for some that didn’t. The impressive Senna got his first test in a Formula 1 car when his tested Keke Rosberg’s Williams at Donnington Park in the July of 1983. He only completed around 20 laps but took the Williams around the circuit quicker than anyone ever had before. A little story from this test is that after completing a few laps Senna came back into the pits and asked an engineer how many gears the car had. The engineer replied that the car had six. Senna then revealed that he had only been using five.

Later on in the year Senna confirmed he would make his Formula 1 debut in 1984 with the small Toleman team. Throughout the season Senna showed glimpses of his rather sizeable talent, with the most obvious example being his performance at the stormy Monaco grand prix where he finished 2nd and was closing in on the leader when the race was abandoned.

After an impressive 1st season Senna moved to Lotus and in his first year with the team he picked up his first pole position and his first win at a wet Portuguese grand prix. 1986 yielded his 1st challenge for the championship but it wasn’t to be, but it was certainly a sign of things to come.

In 1988 he moved to McLaren to partner Alain Prost, and so began the most infamous rivalry in the history of the sport. There were two separate incidents at Suzuka, as well as clashes in some form or another at pretty much every circuit on the calendar over the course of the next five years. Everyone has an opinion on all of these incidents and the two sides will never agree, so I’ll keep my views here to myself. Either way this was to be Senna’s most successful period in the sport in the dominant McLaren team. He won the Championship in 1988, 90’ and 91’, finishing runner up in 1989.

Following his final title in 1991 the McLaren team went into a decline which was triggered by the loss of Honda engines. Williams emerged as the new dominant team and for the next two years Senna dragged the McLaren challenger to places it didn’t deserve to be. Some of these displays were arguably more impressive than those that had won him his three titles. The most popular of which was his win at Donnington in 1993, in wet-dry conditions Senna destroyed the field and produced what has been described by many as the greatest lap ever driven. Senna had fallen to 5th by the time he had reached the first corner but by the time the cars crossed the line to start lap 2 he was in the lead.

As a result of McLaren’s fall from grace Senna looked for a team to take him back to the top and entered back into negotiations with Williams. What resulted was the outcome both parties wanted, Senna got a drive for a team capable of winning the title and Williams got their hands on the man they believed to be the best driver on the grid.

The 1994 season will go down in history for all the wrong reasons. The Williams was quick but very unpredictable. All the cars were removed of many of their electronic aids and this made them dangerous to drive. Senna suffered a poor start to the season by not picking up points in either of the first two races, by the time the F1 circus reached Imola, the pressure was on. Rubens Barrichello suffered a huge crash in practice and was lucky to survive but the young Austrian Roland Ratzenberger was not so lucky in qualifying the next day. This incident shook Senna deeply, and the rest of the weekend was always going to be a struggle.

The day of the race came and following a safety car Senna’s car left the circuit at Tamburello and it soon became clear that the incident was serious. Senna lost consciousness and wouldn’t wake up. Poignantly as Senna’s stricken car was removed from the track marshals discovered an Austrian flag in the cock-pit that Senna planned to unveil at the end of the race on the podium in memory of Ratzenberger. Tamburello corner would be changed in the following years but things could have been so different. Following a huge crash involving Gerhard Berge, many drivers asked for the wall behind the gravel trap to be moved back. However they were told that because of a stream running behind it nothing could be done. A re-profiling of the corner could have saved Senna’s life.

Aryton Senna left a legacy not only on the track but off it. Car and track safety improved no end; it is telling that no driver has died in Formula 1 car since. His legacy on the track was three world titles, and a record number of pole positions, and a legend that will live on for many decades to come. Not only did Aryton make his first and last F1 drives in a Williams, now his nephew Bruno has joined the team for the 2012 season. He has nowhere near the talent of his illustrious uncle (giving up the sport for the best part of ten years probably hasn’t helped him in fairness) but for old romantics like me, it doesn’t half feel good to see the Senna name back in a blue and white of Williams Renault. 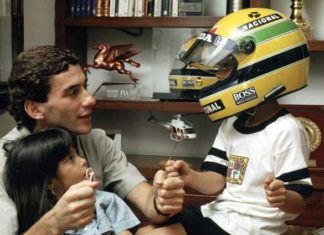 A Tribute to Life Network - 22/11/2017
0
Mahindra Racing's Formula E driver Bruno hails from perhaps the most famous racing family of them all. Despite his family name and jetset lifestyle,... 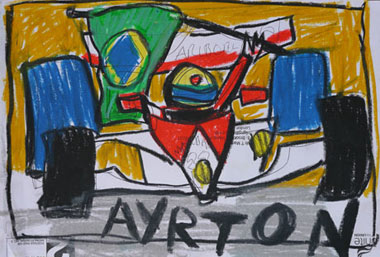 Noel Fielding: how Dalí and Senna influenced my Luxury Comedy

A Tribute to Life Network - 27/01/2012
0
From the eyeball-slicing Spanish surrealist to the 'enigmatic and spiritual' Formula 1 driver, a who's who of Boosh big-ups Can you be in love with...