He participated on 161 F1 GPs, took 65 pole positions and 41 victories but then tragically died following a crash at Imola on May 1, 1994. 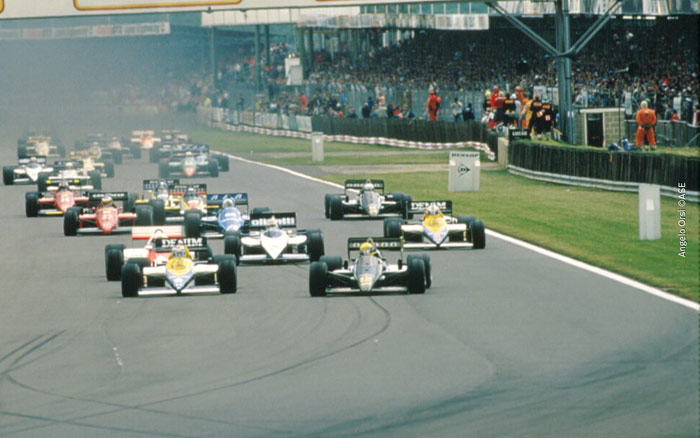 “There was one area at Dallas where just about everyone hit the wall. He hit it there too. When he got back to the pits he said: ‘I just cannot understand how I did that. I was taking it no differently than I had been before. The wall must have moved.’

“He was an inspiration.”

“I remember I went to school and on my book I didn’t have pictures of girls, but I had Ayrton there, and the same in my room. I had a big poster of Ayrton and even my first go-karts were in the colours of Ayrton’s McLaren because my father also liked him.

“He made a huge impression on my generation as the best driver and also clearly on all the people here today.”

“When I was a kid I had all the books, all the videos … Ayrton was the driver I looked up to, way before I even started racing.

“He inspired me to be a driver …

“He is an incredible legend. You can still learn things from how he approached racing and how he drove. You like to think that one day you may be recognised as someone that was able to drive similarly to him.”

“He had the rare quality of greatness. A lot of the way I drive today is inspired by the way I saw him drive.”

“He was also such a magnetic personality. I particularly loved his vulnerability and his openness. I only met him once, the year before he died, but it left a lasting impression on me. As a kid, you see these people and you think they’re super-heroes. But everyone has weaknesses. And for all Senna’s brilliance and achievements, so did he.

“It was fascinating how he overcame those, and how he was able to talk so eloquently about what he did, including the dangers involved. I was also impressed how open he was about his relationship with God and his beliefs.

“My abiding memory of Ayrton is not his world-class ability as a racing driver but as an intellectually unbeatable businessman. Throughout the several meetings that took place between me and Ayrton regarding his joining Willams, it became apparent that he arrived for each and every meeting fully prepared on every point for discussion.

“He had prepared in his mind at least three counter moves to every possible counter move by myself. He was gifted with a propensity for extraordinarily clear thinking and an outstanding ability to out-guess, out-think and out-manoeuvre his business opponent.”

“Ayrton knew what he wanted and he knew of the various people inside the company who could deliver, and he went after those guys and got them onside.”

“The trouble with asking for good memories of Ayrton is that I do not have any bad ones. Perhaps my very vivid memories are of his strong opinion, and most of the time he was right.”

“There was an aura about him, something that’s difficult to describe. He most certainly had a presence.

“Ayrton’s raw talent and determination… he tried to carry that car (1994 Williams F1 car) and make it do things it really wasn’t capable of.

“And it just seems such a shame and so unfair he was in that position. And then, of course, by the time we did get the car sorted, he wasn’t with us any longer.”

“He had an inner peace.”

“This man right on the very edge, just doing something better than anyone else had ever done before. And doing it day after day, keeping that edge.”

“Without a doubt he was very special.

“More than anything he was so focused on what he wanted to do – determined. If you are like that you can get there.”

“He was so determined, he knew exactly what he wanted and where he was going.”

“Ayrton Senna said he’d never speak to me again after I accused him of crashing into Alain Prost to win the title.

“A year had passed since our interview, and I was in Australia for the Grand Prix when Senna called me. He was a deeply religious man and he said: “Look. I am phoning to apologise because I do now admit that I did take Prost off the road intentionally and God won’t allow me to live this lie. I am going to announce it to the media tonight, but I want you to be the first to know”.

“Ayrton was definitely very determined on the track. He wouldn’t let anything get in his way, let’s put it like that. He knew he had the ability, the opportunity, and that he wanted it more than the other guys. That explains why he was always on the edge, why he was so committed to keeping pushing, and why he was so successful. That was his personality.”

“It is sad to not have him here but we look on it as a celebration of what he has left for people.”

“Ayrton was our toughest rival.

“He would leave no stone unturned to get the utmost out of his car and his team.

“In the 1980s, I was blessed to drive against so many great drivers but Ayrton certainly stood out most among them.”

“In the beginning, we were great enemies. He wanted to win at all cost with everybody, so we knocked heads quite a lot.”

“Ayrton could intimidate pretty much every driver on the grid but he realised then I would not cave in and he would have to readdress his psyche towards me,”

“We went on to have many incredible races, where we didn’t knock each other off. It was just good, hard, clean racing.

“And as the years ticked on, we developed a healthy respect and understanding for each other.”

“He lived for the sport. When people do that, they sacrifice everything to be the best at it.

“He had immense brain power, charm, charisma and determination,”

“I think it’s because he was so good for the whole time he was on the planet. I can see no positives from the fact that he had an accident and lost his life, but it means that you didn’t see his decline. There are lots of drivers that stay in the sport too long and tarnish their greatness,” he said.

“I also think he’s remembered because he was just so unbelievably competitive. He was great, but he had good, human values. He had a few lapses in his life, but he was incredibly principled. And he was a good human being.”

“I always appreciated Ayrton’s style of racing. As with all great champions, he had an incredible will to win and never tired of seeking perfection, trying to improve all the time. He was extraordinary in qualifying, but also a great battler in the races, when he always fought tooth and nail”.

“Ayrton transcended the state of mere driver and reached a level of respect and envy that puts him on a higher plain than any of his rivals,”

“He represented a Brazil that could win in a time when Brazil wasn’t good economically and football wasn’t doing well.

We always felt that we were the underdogs of the world and Senna made us feel different. He made us feel we could win and that we could believe in ourselves.”

“His ambition was never a matter of mere victory. He set his sights far higher than that. Formula One drivers are a rarified breed, but among them there has never been an individual quite so far from the common run as Senna.”

“Motor racing is a sport and is therefore a business that has its basis in frivolity,” Barnes concludes. “But Senna was not chasing anything as frivolous as glory. He was in pursuit of something that nobody else even knew was there.”

“Senna was not a saviour of souls, a healer of the sick, a champion of civil rights like those mentioned, but he offered up hope, and was an inspiration to a nation for whom the overwhelming majority, in their slums and favelas, could only dare to dream of emulating their hero.

“Part of Senna’s mystique was his devotion and connection to God, his religious beliefs, his quest to seek answers in the Bible, which many of a secular persuasion could not understand.

“One of Senna’s oft-repeated quotes is the line “If you have God on your side, everything becomes clear”.

“On the track, Senna was undoubtedly a genius, his will to win second to none, his desire to push to the limit and then to try to go beyond that almost frightening, underlined by his unnerving rivalry with Alain Prost.” 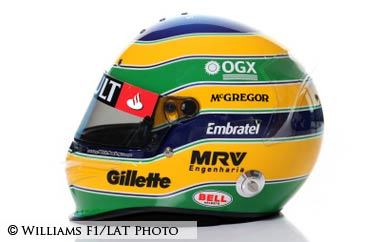 A Tribute to Life Network - 08/02/2012
0
Senna Moeskops asks "As this is your first winter test in F1, how do you prepare yourself to give the team the necessary feedback... 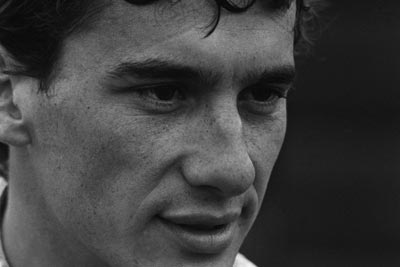 Senna movie: Our Hero, Our Champion

A Tribute to Life Network - 24/08/2015
0
Senna, the documentary detailing the life and death of one of sport's most extraordinary characters, is the human story of a divine man, says...