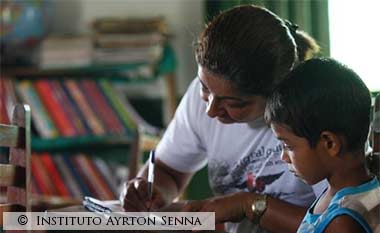 In Brazil, the Ayrton Senna Institute celebrates its 20th anniversary in 2014.

Since its inception, the foundation headed by Viviane Senna, the sister of the deceased pilot of Formula 1, has invested more than 70 million in education and has trained 700,000 teachers. Each year, 2 million children participate in educational programs, in collaboration with the state.

How your family involved in this foundation?

Shortly before his death, Ayrton had hoped to create a foundation to support the education of children. After the accident of my brother, the family decided to implement this idea. We stayed all the royalties received by the image of Ayrton and solicit business. Today, 80 people work for the institute. My family asked me to direct it. Obviously, I inform regularly and I solicits whenever the need arises . Two of my daughters still help me directly, because they are actually involved in the life of the foundation.

Despite all these actions, you do not consider yourself philanthropist …

In any case, I reject completely that is too often associated, with mere charity idea. I do not think that only good is the one for the one day, this is just the starting line. Then you have to make every effort to reach the finish: a positive impact on the populations support. We use the techniques used in the business world. Indicators, objectives, processes, management tools, etc. , but for a social outcome. Without such rigor, the risk is to spend a lot without getting effects.

The question of efficiency is even ethics: can we just give without worrying about benefits to people? Your foundation is working with the state. This cooperation was natural?

It is essential if we want to act on a large scale. Of course, there has been reluctance. But the state is aware of its weaknesses. Education must be taken from one individual through the entire public sphere, that is to say the State, but also civil society and the private world. During these twenty years, our techniques for tracking students’ absenteeism, dropout, our assessment tools, programs aimed both at improving school performance of children to learn to live together, have made a burst of innovation in the field of education.
Using these indicators and our network of technical staff, who train teachers and principals, we can act quickly and effectively. This has always been at the heart of our project. Skepticism that we met at the beginning is ancient history, because the benefits have changed attitudes. 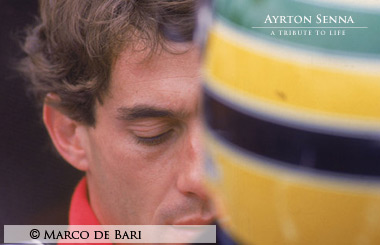 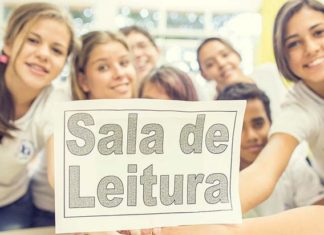 A Tribute to Life Network - 01/11/2017
0
SAP and Ayrton Senna Institute have expanded the partnership and, from now on, the multinational contributes directly to the cause of quality education. The...