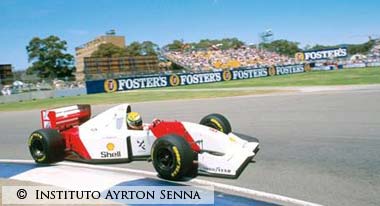 Silverstone has delivered many great races for the McLaren team over the decades and both Lewis Hamilton and Jenson Button will be going into this year’s British GP both determined to further enhance a formidable reputation at its home round of the world championship which extends back to James Hunt’s victory in 1977. Yet looking back over the list of distinguished McLaren Silverstone winners, many team insiders will be taking time out to reflect on possibly the most impressive win of all, that delivered by Ayrton Senna in 1988 in truly appalling conditions of torrential rain.