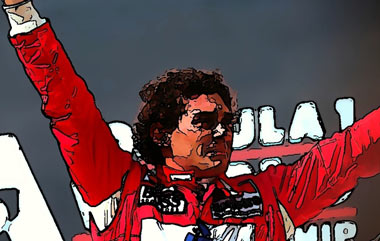 Watching F1 in the cinema will be an unusual experience for fans who go to see the Senna film. The makers of Senna have gone to considerable lengths to ensure the sights – and sounds – do justice to the sport.Here’s how they did it.

Cleaning up the sound

The sounds heard during the Senna movie are not always those which were originally recorded. But an exhaustive process of sound editing means they are authentic and deliver greater impact.

The splashes of rain at Monaco, Alessandro Nannini locking his wheels as Senna passes him at Suzuka, and the gut-wrenching booms as cars strike barriers in Imola, have all been painstakingly re-touched for maximum clarity.

The film’s writer Manish Pandey explains: “The whole film [sound] was remixed at Twickenham studio by an unbelievably talented bunch of guys. They’re obsessive-compulsive, and brilliantly so.”

He gives an example of the changes made to the onboard camera footage of Senna driving during the race at Imola:

“When you are in the Williams for the last time, all the gear changes are correct, all the noises you’re hearing are correct, but what we’ve had to do is take it from the previous lap, because it was a cleaner sound.

“We transposed it, but of course the laps were slightly different lengths, so they had to do little cuts. The idea was to bring up the edited noise and bring down the crowd noise when we needed to.”

In other cases the sounds was edited to remove details that might sound confusing to the ear: “When [Rubens] Barrichello crashes, originally there was a sound like glass breaking.

“But as I explained to them there’s no glass in Formula 1 cars, it’s all carbon fibre and Kevlar, so it would be a much more plasticky noise. They managed to change it, so it’s very authentic.

“The sound design is a whole other thing for this film – you won’t have heard Formula 1 sound like this before.” – “How did he do that? That’s him”

The remixed sound is accompanied by a musical score written by Antonio Pinto, the composer best known for his work on City of God. A committed Senna fan, Pinto got in touch with Pandey as soon as he heard about the project: “He literally got his agent to contact us and said ‘I want to do the music’.

“He sent us three tracks – the first one is the theme, and they’re all in the film.

“I remember listening to it and my jaw dropped and I went ‘That is Senna. How did he do that? That’s him’”. However some parts of the score were intentionally left out during the editing process:

“One piece that came from another film that he’d done, which we used to use when Roland Ratzenberger died, we removed.

“We wanted to have a section without any music, which would give more impact on Sunday when the music starts.

“That piece of music was just unbelievably good.”

Cutting the film to length gave the filmmakers some of their biggest challenges. The next part of “The making of Senna” will explain why some of the most pivotal moments in his F1 career did not make it into the film. 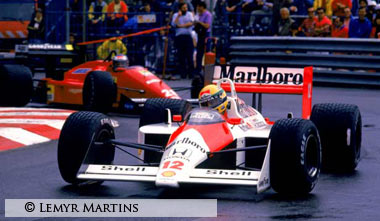 What was it like to watch Senna drive in a... 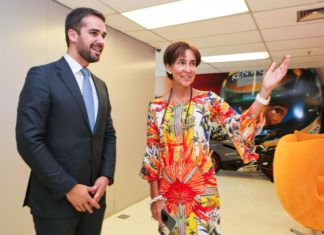 A Tribute to Life Network - 05/02/2019
0
The headquarters of the Ayrton Senna Institute was the last stop of Eduardo Leite in São Paulo. On Wednesday (January 30), the governor was...