Brazil is currently hosting the 2016 Olympic Games. According to social media, and the numerous sports outlets on the ground in Rio, things aren’t going so well. There’s the pool thing, the food shortage thing, and the ratings thing. Still, the nation’s home athletes remain unfazed. Felipe Wu took a silver in shooting. Mayra Aguiar claimed bronze in women’s judo and, on Tuesday, Rafaela Silva netted a gold for the men.

Hardly surprising. Brazilians have a knack for coming up big at home. Pelé netted his 1,000 career goal at Maracanã Stadium, a seminal moment known simply as O Milésimo. Vitor Belfort has won four UFC events by knockout in front of his home crowd. And, of course, there’s Ayrton Senna’s nigh-superhuman performance at the 1991 Brazilian Grand Prix.

In the spirit of that drive, and the occasion of the 2016 Olympics in Rio, Instituto Ayrton Senna has released a new animated short. Created in collaboration with JWT and Le Cube, it tells the story of that great Grand Prix a quarter-century ago, in the man’s own words. The art is gorgeous, the message is on point, and hearing Senna’s narration of the even, in his native tongue, is uniquely wonderful. 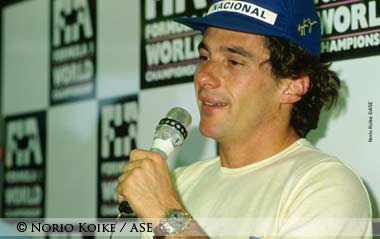 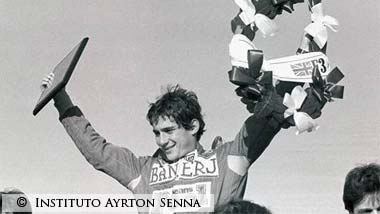 A Tribute to Life Network - 12/03/2014
0
Shopping Villa Lobos in Sao Paulo presents exhibition in tribute to 20-years legacy of Ayrton Senna In honor of the 20th anniversary of the legacy...