Ask someone to name the home of Welsh motorsport and most would struggle. But Pembrey Circuit in West Wakes has an illustrious and often overlooked history. Sitting to the West of the village with the same name in Carmarthenshire is a one and a half mile asphalt track which has hosted some of motorsport’s greatest ever names. Alain Prost, Jackie Stewart, David Coulthard, Jenson Button, Nigel Mansell and Kimi Räikkönen have all driven the circuit, many of them during the height of their careers, testing for their respective Formula One teams. But one man’s visits to West Wales made more of an impression than most. 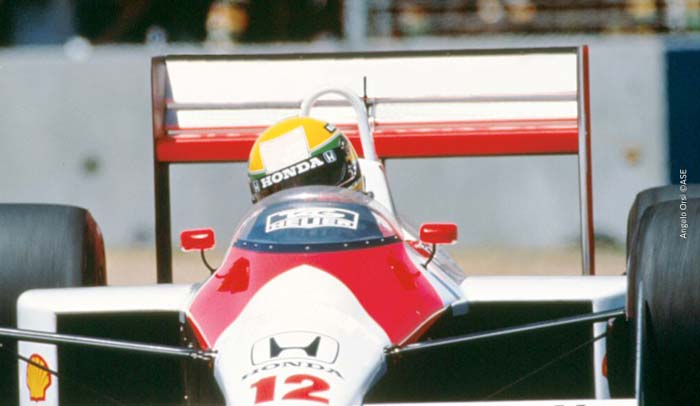 Soon-to-be Formula One World Champion, the mercurial Ayrton Senna came to Pembrey in 1988 and on a number of occasions after that. Renowned in racing lore as a fan-favourite, the baby-faced champion wowed fans with his blend of speed and charisma during a ten-year Formula One career. Senna’s tragic death only enhanced his legend. After 41 race wins, 80 podiums, 65 pole positions and 19 fastest laps he died on the race weekend of the 1994 Imola Grand Prix. Back in 1988 Senna, then 28, was just over a month away from winning the first of his three F1 World Championships when he came to Pembrey to test his McLaren International car. The Portuguese Grand Prix at Estoril was to come, and the Brazilian driver led his McLaren teammate Alain Prost by just three points going into the weekend. His arrival was a hush-hush affair – he was in Wales to test the team’s engine for the following season. But the word got out, and everyone wanted to take up the chance to catch a glimpse of motor racing’s biggest star.

His time of 44.43 seconds stands as the lap record to this day.

“The surface at the circuit is very smooth,” Senna said of the track in a post-session interview.

“It’s a high-grip surface which is nice to drive. It’s quite twisty, so it’s demanding.

“You have to put in a lot of effort, with physical and mental concentration all the time. It’s a short lap, but for testing, it’s a good circuit.”

Senna took a great deal of time engaging with local people and the culture. Ron Cant’s position with the local authority as their promotions manager at the time allowed him an experience that most ardent Formula One fans could only dream of.

“Part of my remit was to manage the Welsh Motorsports Centre,” he said.

“The tracks were set up as a rally, off-road racing, motorcross and a testing circuit, but it would become very popular for Formula 1 and 3 testing.

“We were charging £25 an hour for testing at the circuit, and every weekend there was an event going on.

“Maurício Gugelmin, a Brazilian driver who was the test driver for McLaren, took a liking to the track.

“He offered us a million pounds, cash, for the circuit there and then.

“He wanted to buy it privately, but it was something that we couldn’t agree to.

“I recall that soon after that, Clive Davies, who was in charge of Industrial Development at the Borough Council, told me that someone else of a high profile was coming down for testing.

“It turned out to be (three-time F1 World Champion) Jackie Stewart – turning up in his car with his JPS1 reg plate.

“He offered £2.5 million for the circuit, with a view to making it a motorsport and country club. The council again decided to reject the offer.

“Three or four Sundays later the Financial Director of McLaren, Bob Illman, had driven over from Woking in a one-of-a-kind car.

“It was the prototype of the McLaren Sports Car – that was the first one – and there are probably only about eighty of them now.

“I was there to show him around the circuit.

He asked if we could put concrete for a run-off area on one of the corners, though I was unsure why.

“It turned out that he wanted to bring his Formula One drivers down. I couldn’t contain my delight.

“He ended up paying for the concrete himself, and within two weeks it was in place.

“We had a visit from Derek Ongaro, who oversaw modern Formula One circuit safety, and he said that the flat track we had at Pembrey was a perfect surface for an F1 car.

“It wasn’t long after that Alain Prost and Ayrton Senna turned up, and at that point the entire world of motorsport started to turn their eyes towards Pembrey.

“Senna used to come to Pembrey and stay at the Diplomat Hotel.

“He was very fussy about food and even came to my house twice for a meal. He loved my wife’s cooking.

“They used to deliver meals on wheels to the team at the track, and Senna would have his own special menu.

“He was very human, though. His great passion was model aircraft-flying.

“We had two clubs nearby and he would visit and even brought his own aircraft and flew with them.

“Once I was driving him back to Fairwood Common and showed him St. Illtyd’s, or Pembrey Parish Church, as it is also known.

“I explained that my ancestors had been buried there, and he replied: ‘I cannot believe how close to God the British are – displaying gravestones so close to highway roads.’

“He was a very religious man, and he certainly changed my perspective.

“Such was the security at the track, there was one incident which lives long in the memory.

“The Council were battling illegal taxiing at the time, and Senna had taken one of these taxis to the circuit from the Diplomat Hotel.

“But the taxi wasn’t allowed beyond the gates, and you could see an irritated Senna gesticulating out of the window at Derek Ibberson, the sometimes nightguard and duty officer, waving his finger and saying “numero uno”, signifying his status as the best driver in the world.

“In the end, having had three cups of coffee already that morning, I shot out, explained the situation and brought him inside to have a coffee with me.

“He was very interested in the place and the history of it – and I told him to give me a ring next time he was leaving the hotel and I’d come and fetch him.”

“I had to meet Senna, and his team followed in his wake.

“I was once asked by Ayrton to drive him around the track, which made for the most nervous experience of my life.

“We were in my Renault saloon. I crunched the gears at points, and I wasn’t racing, I was driving normally.

“I drove him around the circuit two and a half times, worried that he was judging me on my driving abilities, before taking him back to the pits.

“Watching him go around the circuit in the F1 car, the noise was incredible.

“Each lap, he would keep exactly the same path – you could glue a penny to the track and he would clip it time and time again.

“I go to the circuit every year on May 1, the anniversary of Ayrton’s passing, to pay my respects.

“I still think of that corner of the track where I watched him as the Senna corner.

“We would have nearly all of the F1 teams expressing interest in using Pembrey in the years that followed – we had Williams, Leyton House, Lotus, all bringing three cars at a time, and at one stage we had seventeen cars on the circuit – leaving McLaren a bit peeved.

“It was around the time that the anti-lock braking system (ABS) was developed, and that was a reason that McLaren found the Pembrey circuit so interesting.

“All the testing for ABS in the mid-to-late Eighties was done at Pembrey.

“The frustrating thing was that, as a local authority, we weren’t able to make a profit from the circuit.

“The lease on the circuit was only half a million for us. We were charging £10 an hour for motorcycles, £25 for cars, and one or one and a half thousand for big meets.

“The F1 cars were paying a huge amount more each than that.”

Mr Cant added. “People don’t realise what we have in Pembrey.” 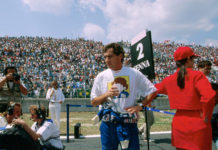 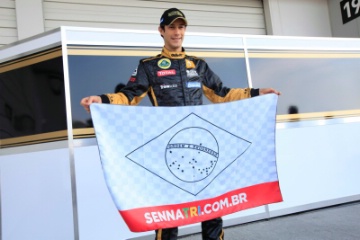 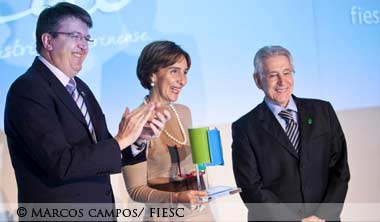 A Tribute to Life Network - 09/02/2012
0
The partnership between Edisca (a dancing school) and Ayrton Senna Institute is changing the reality of a lot of children in Fortaleza (state of...