When Ayrton Senna died on May 1st, 1994, I was 1 year, 5 months and 19 days old. It’s fair to say I had no idea who he was. After all, I’m pretty sure I had no concept of cars, let alone how one could race them. So it might seem weird that I would be reflecting on a man for whom I have no recollection of even living, but as this past week marked 20 years since his death at the San Marino Grand Prix, I thought now was as good a time as any to look at why — to me, at least — he was one of the greatest sporting figures of the 20th century. 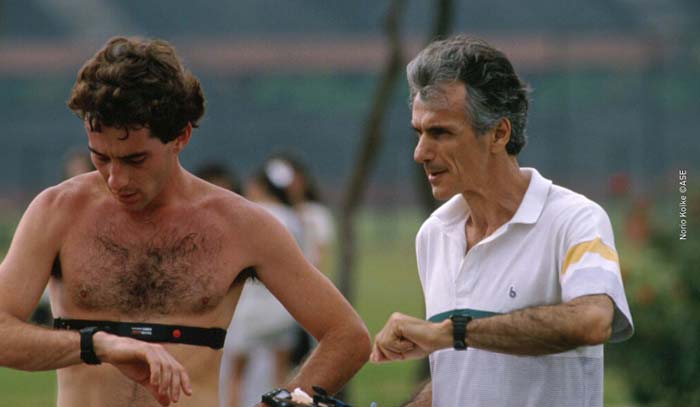 If you’ve seen pictures of the commemorations that took place last week at the Imola circuit where Senna lost his life, you would have noticed that, amidst the throngs of fans who had made the journey, there was a noticeable contingent of children, attending on the shoulders of their fathers. Evidently, there are a great many kids who have been brought up to revere the Brazilian the same way millions did throughout the eighties and nineties as Senna collected three world championships. The reason I know Senna was the greatest is that I was not one of those children.

The first time I was introduced to Ayrton Senna was when I was 17. Growing up I was never a motorsport fan, and F1 didn’t really occupy my consciousness outside the 10 o’clock timeslot in the TV guide and the occasional reference to Michael Schumacher’s dominance. No one around me was interested either, so somehow I stayed in the dark for most of my life. That changed when Top Gear aired a tribute to Senna in the fifth episode of season 15. No doubt many of you have seen it, maybe you haven’t, but that film stirred something in me that I haven’t been able to let go of since.

Compared to his contemporaries — the crooked nose of Alain Prost, the pot-belly of Nigel Mansell or the steely features of Michael Schumacher, Senna wasn’t the sort of guy you would pick as a born racing driver. The wavy locks and button nose lent themselves more to a playboy than pilot. And while he was in fact one of the crowd of drivers in F1 history to benefit from a family with incredibly deep pockets, it was evident he didn’t belong amongst them, nor with anyone else. The more I watched of him I realised he had a singular ability to make driving look beautiful. He took a monstrosity of carbon fibre and rubber and wrought art through the chassis that held it all together.

He seemed to make sense of the mania that was a 600+ bhp engine hurtling around Monaco’s streets, or the supposedly hopeless battle for traction that came with pushing slick tyres around the sodden tarmac of Montreal.

More than that, the thing that drew me to Senna was that even as he had an immense desire to win, he had a greater desire to be better. For as much as he could be utterly ruthless in his dealings on track, racing a car was even more so a way explore his own personal limits, and push to surpass them. Senna being a deeply religious man, he saw the challenge of constantly improving his pace as a way to cross the line between physical reality and the metaphysical touch of his god.

Whether he accomplished this — or if it is even possible — is irrelevant, because in Senna’s driving was the embodiment of the idea that what fulfils us most in our lives is not accolades and accomplishments, but the betterment of ourselves. It is my greatest wish in this life that I can just for once feel the fulfilment Senna must have experienced after qualifying at Monaco in ’88, or crossing the finish line at Brazil in ’91.

It’s not often we are gifted with a sportsman who truly captures the imagination. It is for these reasons that Ayrton Senna was one of the few who did. He is and was a hero to millions, and will continue to be so for generations to come.