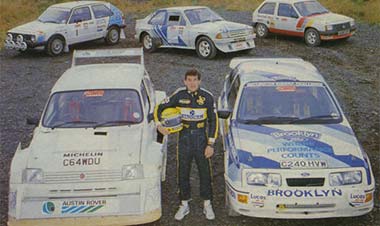 The Metro is a supermini economy car that was produced by the Austin Rover Group division of British Leyland and its successors.

It was launched in 1980 as the Austin miniMetro. It was intended to complement the Mini, and was developed under the codename LC8.

During its 18-year lifespan, the Metro wore many names: Austin Metro, MG Metro and Rover Metro. It was re-badged as the Rover 100 series in January 1995. There were also van versions known as the Morris Metro and later, Metrovan.

But this one is very special, Ayrton Senna has tested five rally cars in his early years, when is was driving for Lotus. And one of the five was this MG Metro 64.

The 6R4 used a naturally aspirated three-litre, four valve per cylinder V6 design. Producing well in excess of 400bhp in ’International Specification’, the cars remain technically advanced and extremely fast, with the ability to accelerate to 60mph from standstill in 3.2 seconds. 200 built. 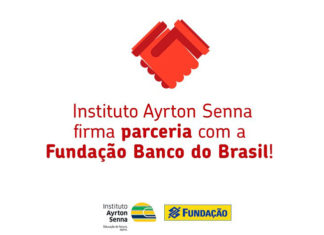 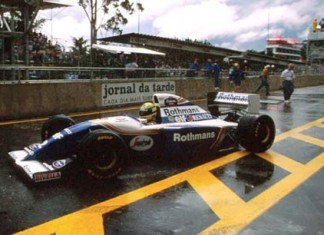 Season 1994: A historic lap at Interlagos

A Tribute to Life Network - 26/03/2016
0
Few remember, but one of the most beautiful moments in Ayrton Senna’s career took place at the 1994 Brazilian Grand Prix – during the...