Lewis Hamilton helmet will have the iconic colors (green, yellow and blue) of Ayrton Senna for the Brazilian Grand Prix, which will be held this Sunday, 13 November in Interlagos. The English rider, declared fan of Ayrton Senna, will have his helmet customized for the penultimate stage of the 2016 championship. Picture of Lewis helmet was released on Thursday on social networks. 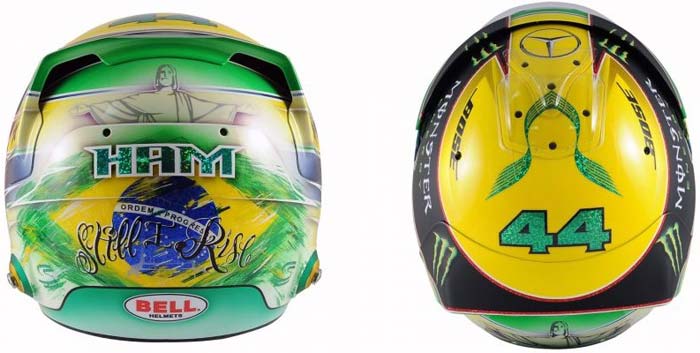 The painting mixes traces of his own helmet with Ayrton’s and the homage to Brazil and his idol is in the back.

“This is the design of my helmet for the Brazilian Grand Prix inspired by my idol Ayrton Senna and Brazil. I love being here and it’s a very special place to run, “

On Wednesday night, Hamilton won a frame with the face of Ayrton Senna at an event held by Puma, in São Paulo. The Englishman appeared at the top of the Mirante do Vale, one of the tallest buildings in the country, with the #NoPulsoDoBrazil campaign, produced by the Ayrton Senna Institute in partnership with J. Walter Thompson and Le Cube studio. 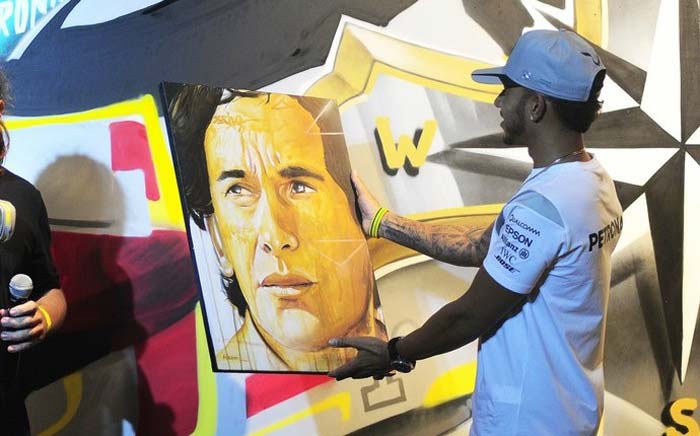 The bracelet, which pays homage to the 25th anniversary of Senna’s first GP victory in Brazil, is on sale at the Ayrton Senna Shop.

To clinch four-time champion Hamilton, Hamilton will need to take the 19-point (349-330) ahead of Nico Rosberg, who can be a champion on Sunday. Should he win at Interlagos or be able to increase the advantage to 25 points after the Brazilian GP, the German will be champion even before the season closes, which takes place in Abu Dhabi on November 27. 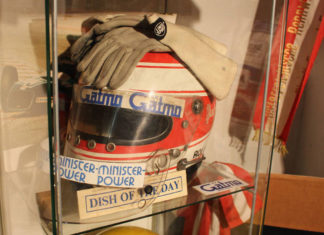 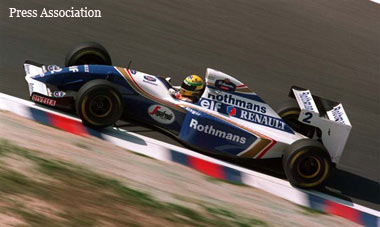