There is a final line in doing the right thing and commercialising the name of one of motor sport’s greatest driver – Ayrton Senna – nevertheless someone has to do it and we had a chat with the man (and the organisation)m behind the official , Markus Schell. 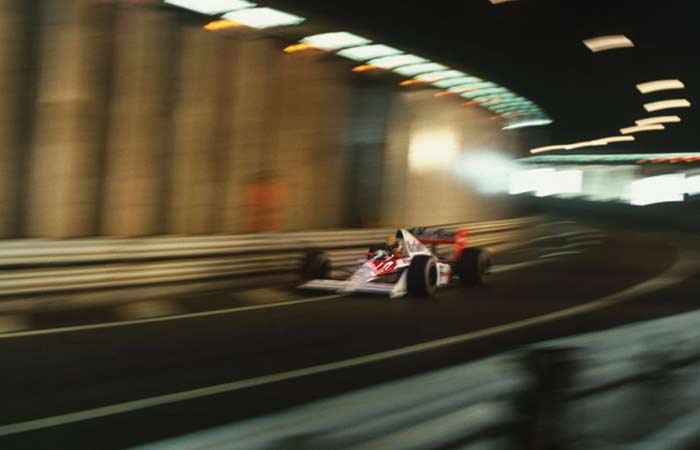 What is the history and how did you become involved with the Ayrton Senna Shop?

I founded MBA-Sport (Motorsport-Bekleidung-Accessoires) in 1994 by retailing motor sport merchandising. Actually the year when Ayrton had hit fatal crash in Imola. My company grew since them and I became distributor for most Formula 1 brands and finally a licensee of Micahel Schumacher who would go on to become a seven times F1 world champion. In 2012 I attended Schumie’s final grand prix in Brazil.

Working with passion for the living legend of Formula 1 inspired me to seek to work together with the family and name of the biggest icon – Ayrton Senna. Shocked by the quality of Ayrton´s collection in Brasil, which was not on the level you expect of a perfectionist like him, I decided to approach the Senna family to sign a licensee agreement in order to change that situation. Aiming to make F1 fans around the world aware of his great values and achievements in his too short life.

After several month and a few trips to Brasil I finally did sign a license agreement with the Ayrton Senna Institute. Honestly saying, this is something what makes me very proud and I never believed I wouldmake it happen, when I started out on this quest in the nineties.

When did the Senna Shop launch? Tell us about the off-line sales points… eg. GP weekends etc

First step was to create and develop a new product range, including the iconic products, such as the Nacional Cap and Double-S T-Shirt, which Ayrton often wore during his lifetime of racing. The new international and national (Brazilian) shops were launched in early 2014, just before the 20th anniversary of that horrible day: 1st May 1994. None of his huge fan base expected us to come back to Formula 1, selling his collection with a dedicated merchandise unit.

The experience was amazing, not only for me. I have never seen so many people with tears and goose bumps at a merchandising stand. We touched peoples heart and emotions, from journalists and people who worked together with him for many years. In 2015 we moved one step further and built a Senna truck, completely painted in the iconic helmet design, that was created by Sid Mosca in Brasil. The truck is now well known and a popular, eye-catching addition to areas where fans mingle at each European Formula 1 race.

What is unique about the collection you have for sale?

We are not inventing the bicycle, but we created a collection with passion and the right understanding of what Ayrton’s fans are expecting. The collection of course still includes the iconic products and a wide range of textiles, accessories and collectables. We like to keep the excitement and we always create dedicated product lines. Last year we signed and launched a co-branded collection with Classic Team Lotus, inspired by the JPS colors and the heritage of the team. We did a photo shoot in the old workshop of Classic Team Lotus, what is still operated by Clive Chapman, son of Colin Chapman.

This was a great experience and this year we created a range, dedicated to Ayrton’s first Monaco victory in 1987 with the yellow Lotus 99T. A collection we will just launch before this years Grand Prix in May. This 30th Anniversary what will be celebrated in during the Monaco Grand Prix weekend this year. Starting on Wednesday with several activities around the circuit and throughout the long weekend at the principality. In July, we launch a range, co-branded with McLaren. Ideas for the next years are being developed but right now it is too early to announce.

How are you connected to the Senna Institute?

The connection is very strong and on an almost daily basis. We have grown together in the years we have been together and we work in close harmony. We strive to protect the name and support the Institute’s educational programs in Brasil. This is something we love to share and let the fans know. A percentage of our revenues or the royalties of our business is going to the Institute, a no- profit organization to support the poor children in Brasil. This message is promoted on each item!

By that way do we like to inspire people to donate directly to the Institute too….

Senna had many great moments – which is you favourite Senna moment/memory?

It´s very hard to tell, because there were a lot of great moments and not only the ones on track. Most people love him, because he inspired so many to believe in their own strength and not to give up. For me it´s not a moment, it´s kind of philosophy for life, that lasts forever and for that reason do I love to keep this values alive.

Any interesting story you have about Senna or the Senna Shop you want to share?

I can share a very nice story I experienced in Italy. Driving back from the Monaco Grand Prix in 2015 was I stopped by the police in my Senna helmet decorated Beetle. The reason was not, that I driven too fast, no, one of the police man just wanted to know, if I am connected with the Senna Institute! He was a huge fan, visiting the memorial festivals in Imola and he was almost in tears when he saw the car. This was a story I never forget. 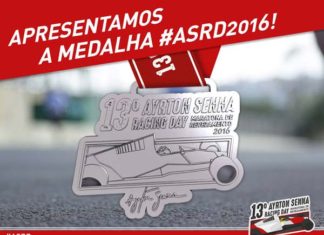 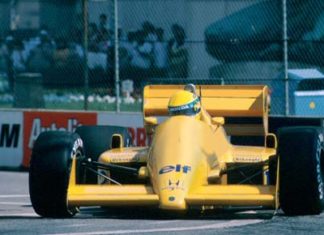