The Ayrton Senna Institute has been present at one of the main education events in the world. Insper’s chief economist and professor, Ricardo Paes de Barros, and the Institute’s director of Global Development, Emilio Munaro, attended the Global Education & Skills Forum held in Dubai, United Arab Emirates. 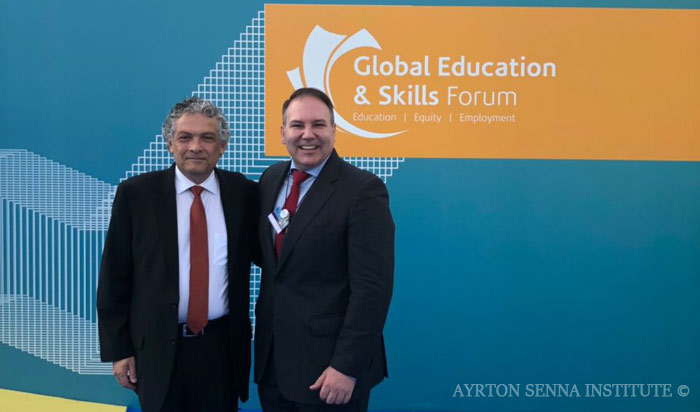 The Forum, organized by the Varkey Foundation, brings together great world leaders and this year had the Brazilian education among its highlights. Paes de Barros highlighted in his presentation the importance of the school increasingly looking at the development of social-emotional skills in students. This set of skills, such as innovation, critical thinking, teamwork, and resilience, are increasingly important in 21st century society.

Paes de Barros also participated in a debate on the Brazilian education scene, with the presence of such names as Denis Mizne, executive director of the Lemann Foundation, Priscila Cruz, executive president of the All for Education movement, Rodrigo Mendes, president of Instituto Rodrigo Mendes, and Professor Diego Mahfouz Faria Lima.

Diego, by the way, was another high point of Brazil in the forum. Director of a school in São José do Rio Preto, in the interior of São Paulo, he competed for a prize of US $ 1 million, given to the most outstanding educator on the planet. He reversed high school dropout rates and overcame the extreme violence occurring within the school environment. Instead of punishment, he adopted mediation with the students as a strategy, and the school became a reference throughout the community. Due to this successful job, Diego was in the top 10 of the Global Teacher Prize. 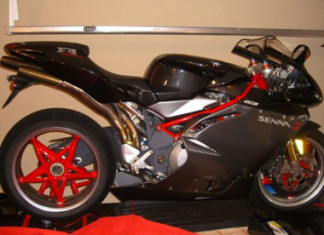 A Tribute to Life Network - 14/11/2011
0
The spiritual successor to the famed Ducati 916/748 series, the MV Agusta F4 burst onto the scene with instant credibility; legendary designer Massimo Tamburini...

A Tribute to Life Network - 06/12/2011
0
Senna won the Best Documentary prize at the British Independent Film Awards in London last night – one of the biggest accolades it has...