Austin, Texas, – Circuit of The Americas (COTA) is delighted to announce the arrival of the Senna Hall of Fame (HOF) Collection – a unique compilation of race worn items used by Ayrton Senna himself and the cars he competed in. This never-before-seen collection will be on exhibit at COTA’s Downtown Paddock located at 304 E. Cesar Chavez Street. 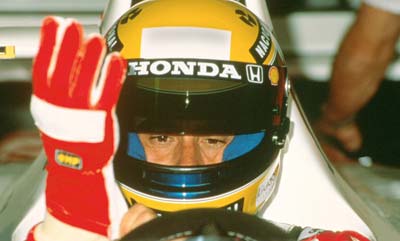 Forming part of one of the largest private collections in the world, known as the Hall of Fame Collection, the one-of-a-kind exhibit of Ayrton Senna memorabilia will showcase items from each era of the legendary driver’s celebrated, almost mythical, career including his first Formula 1 test at Williams in 1983 and F1 drive with Toleman in 1984. The collection will also include items from his years at Lotus (1985-1987), his most successful period at McLaren (1988–1993) as well as his final few races with Williams in 1994.

Gathered over a period of 20 years

The collection has been meticulously gathered over a period of 20 years by private collectors Howard Jacobs and Darren Jack who partnered to form “The Hall of Fame Collection.” Today, it stands as one of the world’s largest collections of helmets, driving suits, gloves, steering wheels, and various Formula 1 car parts. It also celebrates the careers of other motorsport greats but the Senna HOF Collection sits right at the top.

Jack, who grew up in England, first attended a Formula 1 Grand Prix at Imola, when he was just four years old, which coincided with Senna’s first F1 season with the Toleman team. The moment started a lifelong appreciation for the three-time Formula 1 World Champion and has resulted in this celebration of the late, great Brazilian’s life in motorsport. Carefully researched and documented by Jack and his team, each item tells its own distinctive story and provides a unique insight into one of the most enigmatic sportsmen of all time.

Speaking ahead of the Austin unveiling of the collection, Jack said: “Like so many people, I have had a huge appreciation for Ayrton Senna for most of my life. As one of the few sportsmen to truly transcend his sport, his enduring impact on the popular imagination remains as strong as ever and in some way I hope to contribute to his legacy via this collection. I am truly grateful to Circuit of The Americas for helping to make this possible during such an important week for them. By opening up this display to the public for the very first time, we will hopefully introduce a new audience to this true icon of motorsport and continue to shine a light on his timeless achievements.”

Circuit of The Americas President and CEO, Jason Dial added: “We are thrilled to work with Darren on bringing this magnificent collection to Austin. Ayrton Senna represents all that is great about Formula 1. He was a hero to millions of people and helped inspire entire generations with his bravery on and off-track. As Formula 1’s popularity continues to grow in the United States, the arrival of the Senna HOF Collection in Austin during Grand Prix week provides another wonderful opportunity to introduce an existing and new fan base to the very soul of the sport.”

The Senna HOF Collection will be hosted at the Circuit of The Americas’ Downtown Paddock located at 304 E. Cesar Chavez Street and will be open for free public viewing starting at 3:00 p.m., on Wednesday, October 21st, 2015 and will run for an initial period of six months. 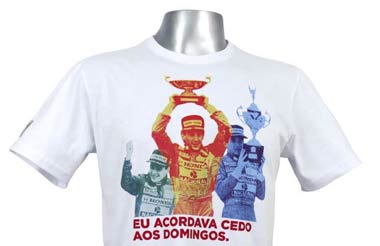 A Tribute to Life Network - 02/12/2011
0
Christmas is coming and SennaTRI collection is a great gift option for anyone who is a fan of the great Ayrton Senna! And you... 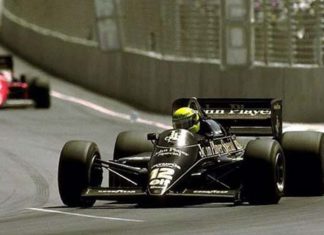