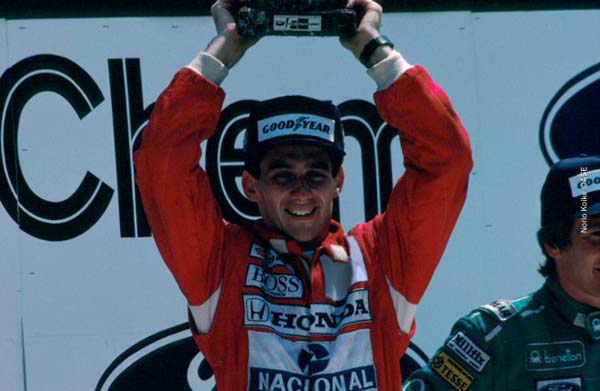 Ayrton Senna had a very special season in 1988. Besides winning his first F1 world title, he broke several records.

On June 18 of that year, the Brazilian driver secured his sixth pole-position in the season, during the qualifying sessions for the Detroit GP, in the United States. It was just the sixth race in the tournament and Ayrton had started first in all of them.

Let’s take a look back at the races that marked a very auspicious start for the Senna-McLaren partnership.

In his first pole-position at a Braizlian GP, Ayrton Senna was the highlight of the practice sessions. He was the faster driver on Friday and Saturday, posting a best time of 1min28s096, 0s536 quicker than Nigel Mansell (Williams), who would be starting in second place. On Sunday, his car’s gearbox kept him from winning. The Brazilian even tried to use his spare car, but he wasn’t allowed to finish the race, since the season’s rulebook didn’t condone the maneuver.

The qualifying session at Ímola made it clear that the season would belong to McLaren. Senna scored the pole-position with a time of 1min27s148, 0s771 faster than Alain Prost. The crazy thing was how far behind Nelson Piquet’s Lotus was: he would start in third place even after being 3s352 slower, an eternity in F1 terms. During the race, Senna confirmed his favoritism, winning his first race as a McLaren driver. Even Piquet, who finished in third, was lapped. Only Prost (who came in second) finished in the same lap as the winner.

Considered by motor sports fanatics the best lap ever in a qualifying session, Senna’s “flying lap” on Saturday, in Monaco, was 1s427 faster than Alain Prost’s who would be starting next to him on the following day. Senna posted a time of 1min23s998, while the Frenchman reached his limit at 1min25s425. On Sunday, Senna was more than 50 seconds ahead of his rival with only 12 laps remaining in the race, but a mistake before the tunnel’s entrance ended up costing him the victory.

Yet another qualifying session dominated by Senna. At the Hermanos Rodriguez speedway, the Brazilian driver secured the pole position with a time of 1min17s468, 0s629 faster than Prost. The Frenchman started in second place, but took the lead right at the start. Ayrton, who had just 9 points in the championship – due to his problems in Brazil and Monaco – decided to play it safe and make sure he’d get at least 6 points with a second-place finish in Mexico.

Senna’s second win in the season came after an almost perfect weekend: he secured the pole-position on Saturday after setting a new record for the track in official practice sessions – 1 min17s468, 0s182 faster than Prost. During the race in Montreal, the Frenchman took the lead at the start, but never managed to get away from Senna. On the 19th lap, after planning his attack, Ayrton braked a little later at the Hairpin and got more traction at the exit, overtaking him. To make his victory complete, the Brazilian driver also posted the race’s quickest lap.

Senna rounded out his longest pole-position streak in a single season by taking the number 1 starting position at the qualifying sessions on the streets of Detroit. Ayrton’s best lap was completed in 1min40s606, 0s858 quicker than Gerhard Berger, who was in second place, with Ferrari. On Sunday, Ayrton took advantage of the fact that Prost would be starting in fourth place and won from start to finish, opening up a gap of more than 38 seconds in 68 laps. Up to that point, Senna had had six pole-positions, against Prost’s zero. When it came to victories, things were even: they had three each. 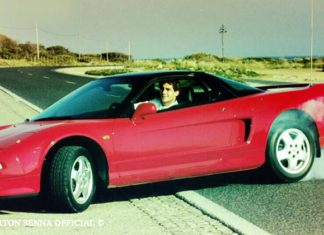 The Acura NSX is back 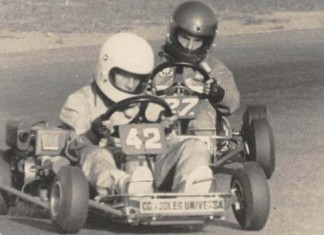 Ayrton Senna “The boy who would be King”

A Tribute to Life Network - 27/03/2016
0
René Fagnan has been involved in auto racing since 1978, year when Gilles Villeneuve won the first-ever Canadian Grand Prix in Montreal. Working as...