Nephew of the late Ayrton Senna, Bruno Senna showed talent from an early age when he raced karts against his uncle but was a latecomer to professional motorsport, not making his competitive race debut until 2004 in the Formula BMW UK championship.

Since then he’s carved out an impressive career for himself working his way up to Formula 1.

2005 saw Bruno compete in British F3, finishing third in the following season and graduating to GP2 in 2007 with Arden International. He finished fourth on his debut and scored his first win in the feature race in Spain at the following event.

He signed for iSport International in 2008 and narrowly missed out on the title after securing two wins, six podiums and three pole positions.

In 2008, Bruno had his first taste of Formula 1 with a test for Honda, briefly moving to sportscars until he returned in 2010 to make his debut with the newly formed Hispania Racing team. Bruno started the 2011 season as official reserve driver for Lotus Renault GP, before replacing Nick Heidfeld and qualifying seventh in his first race for the team. The following year he moved to Williams before switching to the FIA World Endurance Championship with Aston Martin. 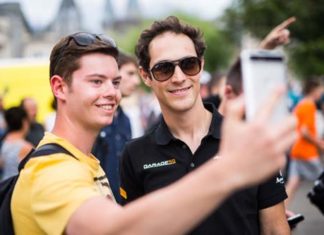 A Tribute to Life Network - 16/10/2011
0
Bruno was unable to get the best birthday present in qualifying earlier as he finished in P15. However, he was delighted to receive so... 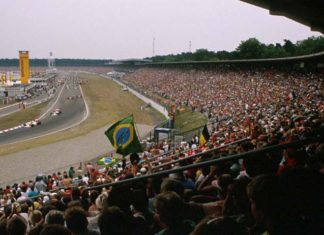 A Tribute to Life Network - 31/10/2016
0
In the end, the result was all too familiar: Ayrton Senna first, Alain Prost second. Nothing too surprising about that, in this age of...