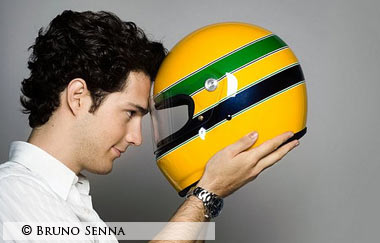 Bruno Senna now confirms he as in talks with the Sahara Force India team prior to his leaving Formula One to contest the World Endurance Championship with Aston Martin Racing.

Bruno Senna has revealed he was a contender to fill the second race cockpit at Force India this year.

“It’s hard to understand what happened,” said the former Williams driver, who has instead switched to Le Mans sports cars, where this week he tested his Aston Martin for the first time in Portugal.

“They (Force India) apparently have other priorities at the moment,” he told Brazilian Jovem Pan radio. “It seems the second driver has a second level of importance.”

This week at Barcelona, Adrian Sutil and Jules Bianchi will undergo a ‘shootout’ for the final race seat on the 2013 grid.

But some see the contest as more a battle of which driver is better linked to an engine manufacturer, with Force India weighing up either Mercedes or Ferrari power for the new, more expensive turbo V6 era.

Senna explained: “We negotiated with them (Force India), but at a certain point, they disappeared and it seems that it was not just us that this happened to.”

Meanwhile, Ferrari engine boss Luca Marmorini on Wednesday confirmed that it is possible Toro Rosso – who are weighing up a switch to Renault – could cease its relationship with the famous Italian marque at the end of 2013.

“A customer team is very important for an engine supplier,” he is quoted by Speed Week, “but I do not know if we will supply Toro Rosso next year.”