F1 was my first love. The love of my life when I was a kid. Broadly, racing was my life. My father planted the gearhead seed early and that grew to become a towering tree quickly. Weekends were spent watching F1, NASCAR, and IMSA styles of racing. Trips were planned to local racing events including the Pocono 500 and Watkins Glen.

Cars, especially racecars, were the pinnacles of human existence for this 9-year-old kid. Others were obsessing over Pop Tarts, pogs, Ninja Turtles, trading cards, and BMX bikes. Not me. None of those things held a candle to cars. By the age of one, I had my first racing simulator. Having this introduction at such a young age laid the foundation of an automotive obsession. Skipping a few diaper-clad and potty training years, by 5 I had learned words like Monaco, forced induction, Silverstone, exhaust manifold and camber. 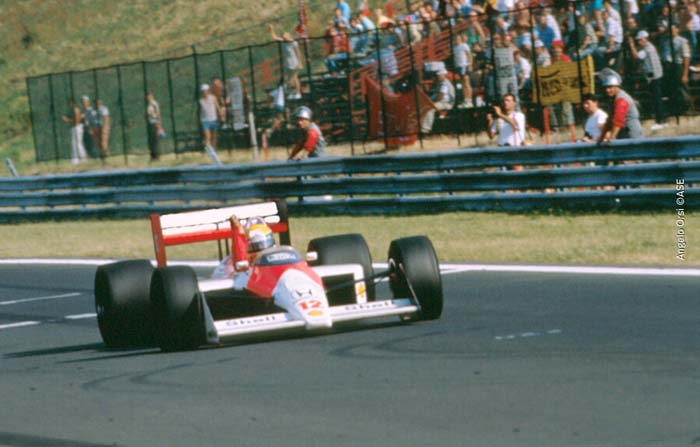 As soon as I could read, I would steal my dad’s Autoweek or Car and Driver magazines and flip through as fast as was possible, reading and absorbing as much as my brain could handle. And within each magazine there was a racing section. This all led to the F1 obsession, and each Sunday we would be up early to watch these races on TV. As my passion grew, heroes and favorites manifested. It was the late 1980s and early 1990s and a golden age for drivers was in full swing with the likes of Alain Prost, Nigel Mansell, Nelson Piquet, and a young driver with much potential named Michael Schumacher.

They were all superb drivers at the highest level attainable, but another stood out to me even more: Ayrton Senna. Senna was bombastic and masterful on the track. I loved seeing his bright yellow and green helmet flash by the cameras. I loved watching his rain races where he’d nearly lap the entire field. I loved seeing him beat Prost and Mansell. He was the best, he was my hero, and he was everything I aspired to be in a driver, professional or not.

By now, we all know the famous stories of Senna lore. Like the time he “went for a gap” in the first turn of the Japanese Gran Prix in 1990. Senna was poised to win the F1 world title if Prost DNF’ed in the race.

Giving you a frame of reference, Donington is an ~2.5-mile track and at F1 speed it doesn’t take long to lap. Even in the wet early 90s F1 cars could get around in 1m 15s to 1m 20s (Senna had the fastest lap that day at a 1:18.029). As that opening lap progressed Senna goes from 5th to 1st. Notice how I said lap. Not laps. And he accomplished this in ½ a lap. Which is completely astonishing. Then at the end of the second lap, he has a MASSIVE lead.

And this was the kind of driver Senna was. He was incredible and I watched hoping he’d win every race he started. The days leading up to the San Marino Grand Prix on May 1st, 1994 were ominous at best, tragic at worst. First, Rubens Barrichello had what many consider to be one of the worst crashes in F1 history in the week leading up to the race. He would, however, recover and go on to become an excellent driver over the course of his career.

Then on the Saturday of that weekend, April 30th, a driver named Roland Ratzenberger died in a horrific crash during the second qualifying session. His car was going nearly 200 mph when he slammed almost head first into a wall in the Villeneuve corner, which killed him instantly as his helmet struck the wall. Senna was greatly disturbed by these two crashes and was well documented as many fellow drivers said he seemed “off” that weekend.

To this day I can remember exactly where I was on May 1st, 1994. I’m a bit hazy on what happened that morning leading up to the Grand Prix, but I remember sitting on our grey leather couch with my father sitting in his tan/red-ish reclining chair off to my right. We were able to watch the feed on TV as we had cable and access to the British feed. Everything seemed normal until a crash between two other drivers right after the start (Pedro Lamy and JJ Lehto).

The safety car was deployed and the field bottled up behind it as the wreckage was cleared. After a few laps, the race was back underway. Senna was leading the race at the time when on lap 7, his car went into the Tamburello Corner at ~190mph. Here a bit of modified steering column failed and caused the car to exit the track and slam nearly head on into the outside retaining wall. A crash. Everyone has crashes in racing. Nothing unusual. But when you saw the car after, you could tell it was an especially bad one. Senna was clearly knocked unconscious as there was no movement in the cockpit.

Upon seeing this we hoped for a reaction, but nothing came. We gave it about 3 minutes and my dad then switched the channel over to the NASCAR prerace coverage and we watched that for a while. I think he changed it to shield me from the potential gruesomeness that might follow. It didn’t work. All I could think about was if Senna was okay. As history shows, he was not. We never went back to the F1 race. I think my dad just knew and didn’t want me to see. He had been watching racing since he was a boy and had seen his fair share of brutal accidents. If anyone knew, he did.

As we watched the NASCAR race, Bob Jenkins made the announcement that I had feared: Ayrton Senna had passed away as a result of the massive crash. I went to my room and wept like a baby. I was 9 and there was nothing I could do to save my hero. My favorite driver of all time had died and Senna’s death, to this day, is largely considered the biggest loss in motorsports history.

The kind of driver Senna was made him my hero. The kind of man Senna was, as I found out later, has made him one of my favorite people ever. He had many philanthropic ventures and helped the people of his home country of Brazil more than anyone ever could. He worked to make F1 safer each and every season. He literally leapt out of his car to help a competitor, on a live track, with cars passing, after a massive crash. And even on the day of his death, an Austrian flag was found in his car to raise after the race in honor of Ratzenberger. He was a man that could move mountains. Though others have died in F1 cars since, his death was the last in an F1 car during a sanctioned FIA, F1 championship race.

As I grew up through my teen years and into my 20s, I would think back on the happy times of my life and how I had such an excellent upbringing. My friends and family were wonderful and I had fun at nearly everything I participated in, but what does all this have to do with Senna’s death? Well I’d always wondered, when analyzing my past, when I became an adult emotionally and mentally. I’ve finally concluded it was Senna’s untimely death that really signaled the beginnings of my emotional development as a person. Up until that point in my life Santa Claus was real, the tooth fairy still gave me money, and, most importantly, heroes didn’t die. That’s how much Senna meant to me.

His crash taught me about reality, mortality, respect for speed and racing, and not everything in life is constant. It taught me that I was living in a bubble. In an instant, it taught me so many things I wouldn’t fully grasp until later in life. And for that, I’m eternally grateful; I just wish it was under different circumstances that I would come to learn so much. Today, let’s remember that because he lived the racing world was and is a safer and better place. I know my world is. 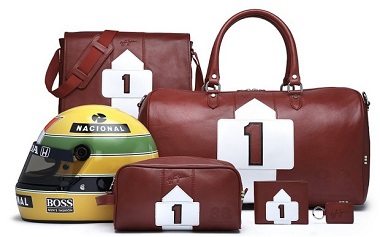 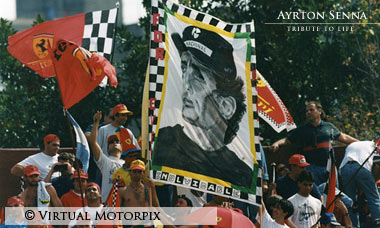 Ayrton Senna, A Man of God

A Tribute to Life Network - 27/03/2012
0
Most of all, Ayrton Senna was a man of God. Asif Kapadia's beautiful, award-winning documentary about the late Formula One driver — Senna finally...