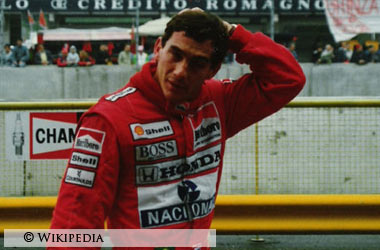 Truly great drivers, it is said, have spare mental capacity. The concentration they need to find the limit is not all-consuming and they have brainpower left to devise tactics or pester the pit wall for information about action elsewhere. Such ability will be crucial for the 2010 title challengers in Abu Dhabi this weekend.

But Ayrton Senna took it a step further. Away from the track he found yet more cerebral volume available – so he filled it with his passion for the wider world and despair at its injustices.

You’d think F1 drivers have a better chance than most to see the world, visiting 20 countries a year. But workloads are high and most rarely have time to venture out of the hotel or the paddock. It was a standard journey between those two havens that led to Jenson Button making the front pages at Interlagos.

“The wealthy can no longer continue to live on an island in a sea of poverty,” he memorably said in 1993. “We are all breathing the same air. People have to have a chance, a basic chance at least. A chance of education, nutrition, medical care. If this does not begin to happen then there is little hope for the future and little wonder that the problems become greater and that sometimes violence arises.”

The isolation of F1’s protected environment was driven home to me during an attempt to drive home from Interlagos practice a few years ago. Our car had stopped at exactly the same traffic lights as Button’s ambush, when out of the darkness of the adjacent favela (Sao Paulo’s many shantytowns) came, yes, a group of teenagers with guns.

This is a common occurrence and locals know to open their doors and give them what they want. But when they targeted us our European driver reacted, naturally enough, by trying to get away, even though the traffic ahead ensured there was no escape. You need a police driver who doesn’t care about smashing up six other cars to do that.

Now angry, one guy tried to kick the passenger door in before firing shots in the air, by which time it felt rather too late for the pleasantries of offering up our stuff. All we could do was duck and for second after agonising second we lay there like lemons, utterly helpless and simply hoping not to hear another bang.

The gang paused, most likely thinking it would be more trouble than it was worth to waste more ammunition on these clueless, cowering foreigners and block the traffic. When the lights changed and a gap opened up ahead, our driver floored it.

Lucky? You bet. Like Button I am, to quote Bernie Ecclestone, ‘a soft touch and not too bright’ hence the attack. But I add that story to the others from the weekend only to illustrate the inevitable conclusion of global policy that continues to make the rich richer and the poor poorer. No nation can scoff at Brazil any more as the gaps rapidly widen everywhere, even in the self-righteous West.

It’s obvious why these kids, who have precisely nothing in material terms, think their only way out is to grab from someone who has everything. They have been no more misled about what really matters than a grand prix world that believes its own hype about the power it wields. When F1 meets favela there is only one winner. In the real world version of ‘paper, stone and scissors’, pistol trumps pitpass.

The sport’s big players now routinely employ armed guards in Brazil, confirming how perceptive Senna’s point remains long after his death. Ayrton would also have known this is merely a sticking plaster for a gaping wound. The way things are heading the rich few may indeed end up with ‘everything’ the world over. But if they can enjoy it only within a prison of their own making encircled by high walls, security fences and bodyguards, is that really worth having?

Senna loved winning too, of course: he was obsessed by it as champions are. But what separates him is that he came to realise there was more to life – and that is why people are making films about him today. He had the visionary mystique to know in a world of plenty you do not have to have ‘have-nots’ to have ‘haves’.

His trainer Josef Leberer told me: “During my first year with Ayrton we were driving through Sao Paulo when we saw a favela and I asked how he felt when he saw these people. He said it was very hard for him and it hurt a lot, but that you have to be powerful to effect any real change and he was not there yet.

“He was already doing things for the children even if none of it had become public knowledge. That convinced me he was capable of great things because he wasn’t doing it for the benefit of sponsors or for photoshoots. He wanted to do it.

“His sport became a vehicle for him to reach a position to help change the world. That wasn’t the case when he started as an 18-year-old, but he had a driving force that kept him going. The more he did it the more he found out why. He was a sensitive man and a thinker who carried a lot in his head. He saw the real world and he could see there was so little he could do to change any of it. So his approach was to change himself.”

This message, ‘Be the change you want to see in the world’, was Gandhi’s. It’s aimed at everyone but the impact is greater still if the world is watching your every move as a sporting superstar. It seems this was an increasing motivation for Senna, even if his methods were not always quite so saintly on track.

Senna went on to use part of his wealth from motor racing to start a foundation for underprivileged children. Under the considerable guidance of sister Viviane, over ten million young Brazilians have benefited since Ayrton’s death.

If only he were still with us, some reckon Senna could have used his status to move into a very different world after racing. McLaren colleague and confidant Jo Ramirez says: “I expected him to finish his career with Ferrari. Then I’d have seen him doing something in Brazil to help his people and the children. Ayrton felt fortunate to be born into a good family with everything on his plate. He made good use of it but he always thought everybody should have a chance.

“He was so proud of being Brazilian so I always saw him doing something big within Brazil – government, who knows? Ayrton had some very strong views against certain branches of authority so he would undoubtedly have had strong feelings about what happens today. He would have succeeded because he was so loved by people.”

The feeling was mutual, which is why Senna would surely have made a formidable, if atypical, politician. He was well known for his battles with the F1 authorities – as the new movie highlights – but his insights were not limited to sport. He knew it was only his privileged upbringing that allowed him to make free choices in life but he clearly wished more could benefit from such an empowering situation.

If everyone took the chance to ‘be the change they want to see’, problem solved. But it can often take a Senna to kickstart the process. Unfortunately, standing up against any prevailing mentality requires courage no matter how public the stage. Muhammad Ali had the perfect combination of charisma and global profile but even his legendary achievements came at great personal cost. So it’s unrealistic to expect too much of our sporting heroes when their main priorities lie elsewhere.

That view is even shared by one of few modern sportsmen to take a stand on a matter of principle. Zimbabwe cricketer Henry Olonga protested alongside team-mate Andy Flower against Robert Mugabe’s regime by taking the field wearing black armbands marking the ‘death of democracy’ in the nation hosting the World Cup in 2003. They were duly forced into exile.

“Most sportsmen are usually thinking of self-preservation,” says Olonga. “You have to get fit enough to make the team, then you have to take care of your back financially with a contract and endorsements. So it’s an inward, insular worldview. It’s not their fault, it’s the nature of the business.

“Andy and I took a stance because our conscience wouldn’t allow us to take the field in that environment. But it’s one thing for that thought to enter your mind. To follow through and transfer it into action was the hard part. I watched Gladiator with Russell Crowe looking macho and challenging the king. It looks good in the movies but in real life it’s a different story. Still, that emboldened me and gave me the impulse to think, ‘I can do this.’ Somewhere in each man is a desire to stand up against tyranny. It helped that I wasn’t doing it alone, of course…” 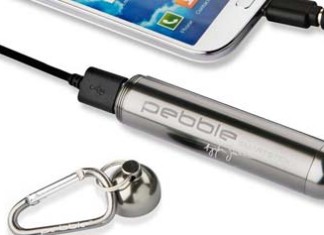 New proposal for feature film on life of Ayrton Senna

A Tribute to Life Network - 08/05/2012
0
Ayrton Senna's life story could be turned into a feature film, with well-known actor Rodrigo Santoro revealing that talks are underway with producers about...