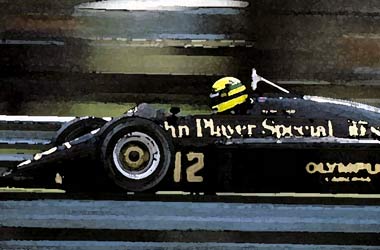 It was May 1994, the day Ayrton Senna died. It was such a hot day in London,” says producer-screenwriter Manish Pandey, every detail of the incident still alive in his mind, “I wasn’t planning to watch the race, but a friend of mine called and said, ‘C’mon, he’s made it to the finals!’ I sat down to watch it and it all happened so quickly – within 15 minutes of me sitting down – and I stopped eating. I knew in my heart, something bad had happened.”

Ayrton Senna, the Formula 1 driver who put Brazil on the world racing map, died a tragic death at just 34 years, at the San Marino Grand Prix in Imola, Italy. His death, on the blackest weekend in the history of the sport, was watched live on TV by 300 million people. 20 years later, Pandey’s cinematic ode to his hero has won awards at every major film festival, including Sundance and Los Angeles, and will play at the F1 event in Delhi, in association with TAG Heuer. Ayrton Senna was also a brand ambassador, and the watch brand is celebrating ‘Mastering Speed for 150 Years’ with a screening of “Senna”, exclusively at a private event in Delhi on October 28 at PVR Director’s Cut. The film – which won’t have a theatrical release in India – will be opened by Lewis Hamilton.

Based on a ‘Brazilian’ racer who drove in the Formula 1 world dominated by ‘Europeans’, “Senna” is the brainchild of people from an unlikely ‘Indian’ duo, Pandey and director Asif Kapadia, for a reason. “I was an Indian growing up in England, and England in the ’70s was a very different place than now. It was pretty racist. Senna too, was a foreigner who came from Brazil to Europe. So I know I had this story in my soul,” says Pandey. That Kapadia’s Indian too, is not mere coincidence. “For three years we looked for a lot of directors until Asif came along. And if you’ve seen his film, “The Warrior,” with Irfan Khan, it’s very spiritual, because it’s not about a good man. I loved the simplicity of Asif’s approach. He understood those feelings of being an outsider, being not English growing up in England.”

Senna’s family felt the same way, because after rejecting many film proposals (there were rumours of Antonio Banderas starring in one), for the first time in 12 years, they said yes to Pandey. “Part of it was obviously because I was a fan, but another part, I think, was because I was Indian. It made them feel, ‘Yes, a foreigner must have understood what it was like to be Senna.’ When they saw the movie, they were crying. Senna’s sister embraced me and said, ‘You really knew my brother’, which was amazing because I never met him. When it came to pitching the idea to Universal Studios, they chose me to do it because they felt my understanding of the drama, of him, was so strong that I could convey that emotion,” says Pandey, “The thing about Senna was that he made you feel. And it didn’t matter whether you were a fan, whether you didn’t like him or whether you even liked racing. You know, you get these people in life sometimes, they’ve got such charisma that they make you have an emotion – you can’t look at him without feeling something. And in motor racing you have a car racing round a circuit, you can’t even see his face. Even then – he made you feel. And that feeling is so strong, that 17 years after his death, we are still talking about him.”

It’s hard to sum up the impact Senna’s death had on him, but Pandey tries, “Throughout the day we got news – Ayrton Senna critically ill, Ayrton Senna braindead, and finally, Ayrton Senna passed awa. It felt like an older brother passed away. I cried so much. The whole of May, I couldn’t watch the next race. It was like mourning, and I think in my heart I’d made up my mind I wanted to do something for the world to remember him by. I got the opportunity years later. When I started the project, it flooded back in a powerful way, that’s when you know you’re being guided by destiny.”

And fate works in mystical ways. Pandey, a medical student at Cambridge, then an orthopedic doctor, says, “It obviously isn’t a natural progression. But I if I’m honest, I think I knew I wasn’t going to be a doctor all my life. So when I was a student, I used to write. When I was a junior doctor, I started writing scripts for myself.” He describes his first big rejection, “I wrote an Indian version of “Pride And Prejudice”, for an English company and they didn’t make it because Gurindar Chaddha had the same idea.” Soon after, he focused his energies on “Senna”. “I met with people at the Working Title in October 2004 and came up with the structure of the film, and they loved it.”

About coming to India for the screening, he says, “I can’t tell you how excited I am; I mean, my mother’s going to be there! I haven’t been to India in 10 years. It’s also the first time my son and my wife are coming – it’s going to be emotional the minute I get off the plane anyway, but to see “Senna” in India, surrounded by other Indians, it’s indescribable. And I’m so proud that this is how I’m coming back… a little like Senna returning to Brazil you know, I’ve made the same journey.”

Ten-twelve years ago everybody thought Brazil was third world, now, they are not just competing with the world’s nations, but exceeding them. I can’t tell you how grateful we are to Tag Heuer, India, to realise the film needs to come to India. They used to run a campaign when I was a student, showing Senna with his fingers on his mouth, and it says underneath, ‘Success is a mind game, don’t crack under pressure.’ When you’re a medical student, if you’re not in love with it, it can be such a hard chore. The poster of the ad used to be on my desk. Whenever I felt like I couldn’t believe I had 300 pages to read, 25 more bones and tendons to memorise, I’d look at that picture and it really inspired me. When Senna was killed, I put the picture away in a book. Funnily, just as we got involved with Tag about bringing the film to India, I found the book, and the poster was there, 20 years later, faded, the same expression with the words, ‘Don’t crack under pressure’. Just as he never cracked under pressure, I got through medical school. I did my junior training and then I took that courageous step to change my career. Success didn’t come quickly. It took six years to make the film. But it’s such a profound feeling of satisfaction and joy.”

Finally Pandey says, “The impact of Senna’s death was that it broke my heart – but the long-term impact was that it made me create something that was part of a theme which is beautiful – this film is timeless, it’ll always be around. What can you ask for that’s greater than that?” 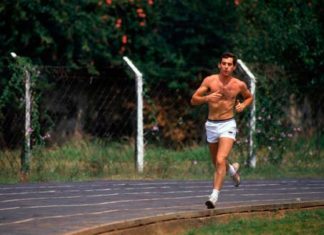 A Tribute to Life Network - 10/12/2011
0
In total, about eight thousand present (6200 athletes) and the general feeling at the end of the event was pleased by the opportunity to... 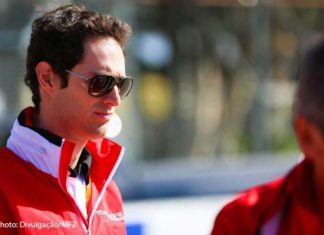 Bruno Senna in the Williams simulator

A Tribute to Life Network - 27/01/2012
0
Bruno Senna believes a shake-up inside Williams will ensure there will be no repeat of last year’s wretched campaign. Williams mustered just five points last...