The 1st of May is better known as May Day or International Workers Day. But for motorsport fans, it will be forever remembered as the day the sport lost one of its greats. The death of Ayrton Senna 18 years ago was a seismic moment in the history of motorsport, a moment not forgotten by its legion of fans. 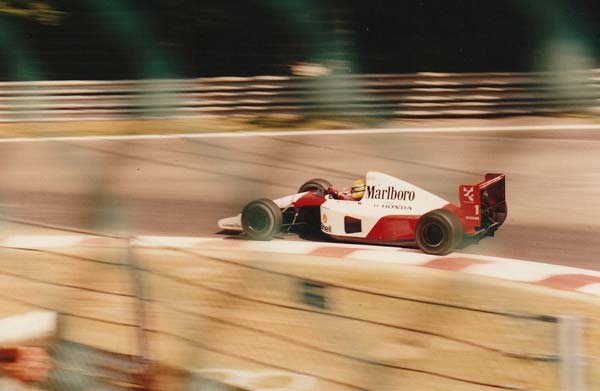 Few could believe one of the greatest drivers of all time had succumbed to injuries in what appeared to be a heavy but not fatal accident, let alone a day after another fatality, that of Austrian Roland Ratzenberger. Formula 1 had gone without such a tragedy for almost a decade before that weekend at the San Marino Grand Prix.

In that time F1 had exploded as a sporting phenomenon, fuelled by the money pouring into the sport and worldwide television audiences.

It was in this period that Senna emerged as the benchmark driver. His incredible speed, especially in the critical moments of a qualifying session, marked him out in a generation that included so many greats in what remains the definitive golden age of the sport, from the excess of the turbo era to Senna’s bitter rivalry with Alain Prost.

Senna fascinated fans like no other driver. A deeply religious person who spoke openly of his deep faith in God, Senna’s hunger to win was insatiable and it drove him to extremes, despite the obvious dangers associated with his profession and manner in which he drove, so close to the edge, a danger he spoke about openly and chillingly.

He admitted to committing professional fouls, including what he would later admit as the deliberate taking out of rival Prost at the 1990 Japanese Grand Prix when the championship was on the line as revenge for a clash the previous season.

It attracted much media attention, including an exchange with former world champ Sir Jackie Stewart which divided fans and pundits alike. It was the Senna example that paved the way for the similar deliberate tactics used so much more obviously by Michael Schumacher. His self-belief and confidence allowed him to rationalise this behaviour and, in many ways, he was an early example of the cut-throat, win at all costs modern athlete. Yet he did much for his impoverished Brazil, committing much of his time and effort to its poor, a legacy that lives on through the Ayrton Senna foundation.

Athletes as complex as Senna are a rare breed, a controversial, well spoken and compelling individual. In front of a worldwide television audience of millions, on our television screens, Senna was left motionless in his car following the accident 18 years ago. A slight movement of his head gave fans false hope.

When his death was confirmed, Formula 1 became front-page news around the world. His death brought a shuddering end to the golden era and robbed the sport of the potentially epic showdown between he and Michael Schumacher. It also forced the sport into deep self-examination. The sport has a bloody and tragic history, but no longer would such public fatalities be acceptable.

The governing body, the FIA, committed to significant strides to make the sport safer, a commitment that has undoubtedly saved many a driver since. Fittingly today, many of those drivers who benefited from the legacy of safety name Senna as their idol. Despite his controversial history, he is still a great of the sport and greats are never forgotten.