Ayrton Senna was a combination of outsize driving talent, charisma and the intense single-minded determination to win and to be the best. His three World Championships with McLaren as well as his 41 Grand Prix wins over his Formula One career attest to his success but it was the way he drove that got people’s attention. And it was like this from the very beginning of his racing career, even before Formula One. Ayrton Senna was naturally, incredibly quick. He possessed extraordinary car control as he drove to almost the outer limits on every lap. His qualifying laps in particular were extremely fast, as can be seen from his having attained 65 pole positions in his Formula 1 career. When it rained, nobody was better as he seemed to have an instinctive feel for how hard he could push the car and the tires in the wet on a slippery, hydroplaning track. It was said that Senna seemed to know how much water was out there on every part of the track on any given lap. 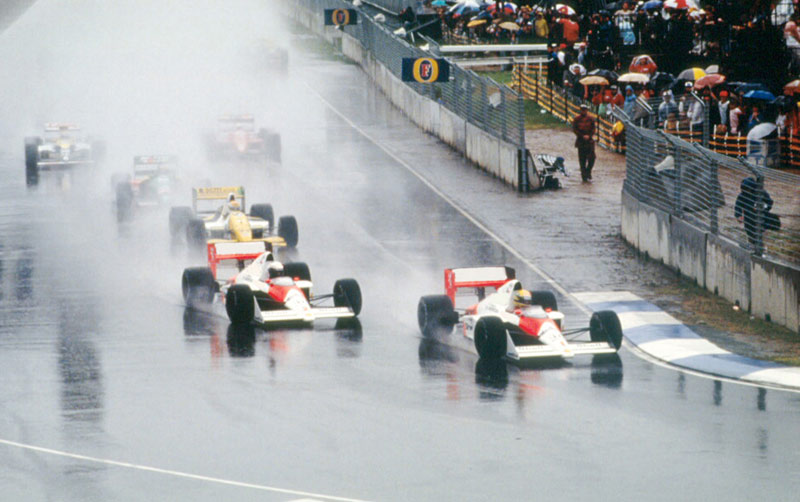 Senna was one of those singular individuals who seemed to exist in his own zone. For him, driving was almost a metaphysical experience. His qualifying lap at the 1988 Monaco Grand Prix where he took pole position and posted times nearly two seconds faster than anyone else, all the while going faster, was itself described by Senna as being in a different dimension and “no longer driving the car consciously.”

The intense brown eyes that missed no detail were also windows to a complex psyche that combined intelligence, at times ruthlessness, emotion, and yes, spirituality, into a volatile mix. His deep determination to win and to be the best, considered almost frightening by some, manifested itself in various ways. He did not want to be challenged on the track and almost viewed it as a personal affront if any driver tried to pass him, often going to extreme lengths to hold them off, at times risking a crash to establish precedence. Slower drivers who saw the yellow and green helmet in their mirrors coming up fast behind them were expected to move over and give room.

However, there were other drivers and a number of unpleasant encounters ensued. His battles for supremacy with the great Alain Prost, whom he respected and wanted to beat more than anyone, are legendary and their duels on the track could have killed either one of them. Every time he drove, he set out to win: anything less was failure and he did not apologize for the risks he took on the track. “The main thing is to be yourself and not allow people to disturb you because they want you to be different.” The Japanese engineers at Honda, which supplied McLaren with their engines, considered Senna a modern day samurai for his courage and his focus. Ayrton Senna was said to have an aura about him, and that he existed in rarified air apart from everyone else.

To acknowledge his greatness a race car driver, however, is not to overlook his humanity. Senna cared about things. He cared deeply about the people of Brazil and in a way carried Brazil on his shoulders every time he drove. After his death at the San Marino Grand Prix on May 1, 1994, his devoted family led by his sister established the Instituto Ayrton Senna to carry out his longstanding wishes to help the people of Brazil. It continues its work to this day, helping to provide educational opportunities to poor and disadvantaged children in Brazil. Even before this, Senna himself had made significant private contributions to similar causes during his lifetime.

Ayrton Senna was an icon, revered in Brazil,, and Brazil treated him with the deep pride and respect accorded to a favorite son. As the Varig plane carrying him home for the last time after San Marino approached the coast of Brazil, Brazilian fighter jets scrambled out over the Atlantic to escort him in. Over a period of three official days, countless people came to pay their last respects to the man who had inspired them. And yes, Alain Prost was there as well. 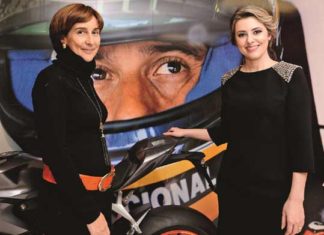 Viviane Senna on evaluation of the Country

A Tribute to Life Network - 27/01/2017
0
The publication of the results of PISA 2015, released at the end of last year, did not bring surprises. Brazil remains stagnant in the... 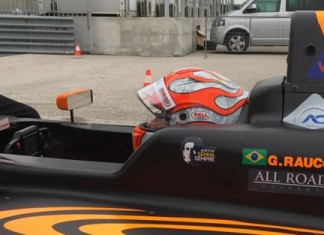