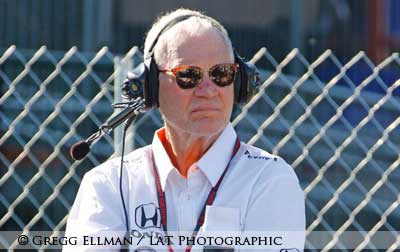 Before David Letterman became a comedian and late-night talk show host, the Indianapolis native was a big fan of the drivers who competed in the Indy 500.

But Letterman’s favorite driver was not one that ever competed at the Indianapolis Motor Speedway or in an IndyCar.

“It’s not an IndyCar driver but he could have been great and that was Ayrton Senna,” Letterman said.

The motorsports world commemorates the death of the great three-time Formula One Racing champion, who was killed in a crash in the San Marino Grand Prix at Imola on May 1, 1994. He was just 34 years old.

“I just like what he did,” Letterman said. “I like that he was a gifted driver but also a brat. Often, if he thought he was treated unfairly he would take it out on the track. It seemed like a more innocent version of racing than we have now. I like what he represented to the people of the world and the people of Brazil.

“My wife and I got to meet him at a Formula One race in Phoenix. Ron Dennis invited us into the motorhome and Ayrton – a kid – very sweet and kept handing out helmet pins. I was touched by that.”

Twenty-one years ago that ugly day at Imola changed the sport of Formula One forever. It was just one day after Austria’s Roland Ratzenberger was killed in a crash during Saturday’s qualifying when the front wing broke off his car in the Villeneuve corner.

On May 1, 1994 Senna rounded the high-speed Tamburello corner on Lap 7, his car left the racing line at around 191 miles an hour, continued at high-speed in a straight line off the track, and hit the concrete retaining wall at around 145 mph, killing the Brazilian that many consider the greatest race driver ever.

“When he died it was almost too poetic that the greatest, most beloved is killed at what he is best at,” Letterman recalled. “It was too perfect an ending. Almost destined. Maybe for not all the right reasons but that is what I would say.

“I always admired Jimmy Clark and Jackie Stewart. Bobby Rahal reminded me of Alain Prost. Smart guys. One year Bobby Rahal and Michael Andretti were chasing each other for the championship and Bobby was unable to finish the race and that meant Michael would win the championship. The first thing Bobby did when he got out of the car was go to Andretti’s pit and congratulates the crew. That’s a guy so I can’t take him out of the equation of favorite drivers.

“But in terms of romanticism of racing, the emotional appeal and mysticism that has enveloped his legacy it would be Ayrton Senna.”