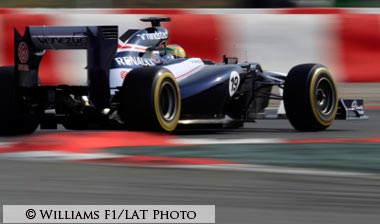 The best result in the career of Bruno Senna was the 6th place in the Grand Prix of Malaysia, but the best race week-end of the season the Brazilian believes Grand Prix of Hungary. On him for the first time this year it was possible to pass to the final of qualification, and the seventh position at the finish allowed to get ahead in the standings Nico and close to Felipe Massa and the Floor di .

Bruno Senna «Finally, for me, everything went perfectly – and this is the result. Having occupied the 7th place in Hungary, I was among the top pilots, and it is very important for me and for the team. It was a confirmation of the fact that we are moving in the right direction. After the finish of sir Frank Williams said he was very pleased with my progress and success, which I reached in the course of the season. It is necessary to continue work on the same level.

League returns to the slopes, on which I have already performed in the past year in the Lotus, Renault, and this should help me again to get good results. When you first go out to the track in the second session of Friday’s training, it is very important to have already been some guidance in the operation of the machine and with the tires Pirelli. I noticed it in the last year, when in Hungary, he worked in the first session of free arrivals from the very beginning I was comfortable behind the wheel and I was able to quickly gain speed.

Friday was a success, and in the qualification I first came in third session and if he had not allowed a small error in a quick circle, it could take to better starting position. Then I’m perfectly spent the race, but in the last few laps I had to be easy I have to restrain Mark Webber, as the rubber was the order is worn out. However, on Sunday evening, I was very pleased with the result and truly happy.

Of course, this is the perfect time to succeed, and now I can fully relax and go on a vacation, the feeling of confidence in their abilities. In the beginning of the week I spent a few days on the basis of command, and then went from the UK to Brazil. On Saturday at our family will be a great holiday – my sister Bianca that helped me in the beginning of his career, when together we moved to the UK, married. It has always played a very important role in my life, and even now continues to take care of me – first of all, of my contracts with Brazilian sponsors.

Then I go to Europe and will spend three weeks at home in Monaco. I will try to take advantage of the European summer, and most importantly – will continue to regularly train in a calm atmosphere. I could not paid to the physical training of sufficient time, and I notice that I do not have enough. The matter is not only in the fact that I’m not happy with the physical form – because of this I have and psychological problems.

I was able to have the house a week after the British Grand Prix, I decided to systematically go for a bike ride and swim, and as a result noticed that I was much easier to relax and off – as far as the practice has proved to be effective. I’ll try to work now on the same schedule, because in the second half of the season we will be a lot of visiting races and long flights we have to adapt to a big difference in the time, and all of this is quite tedious.

To achieve maximum results from the machine, it is important to be in excellent physical shape. We should consistently fight in the top ten and make not one or two points in every race, and much more – that is our goal after the Grand Prix of Hungary. Now I am sure that this is possible for all tracks of our machine can consistently fight for a place in the top ten. It seems to me, the decisive role in this was played by the fact that in Hungary we have a little changed the air ducts of the front brakes. As a result of the front tires is much better warm up, and I for the first time in the season could just feel the front of the machine.

I always tried to ensure that FW34 clearly responded to the turn of the steering wheel. If I feel it, it is much more trust in the car. Together with engineers we believe that these ducts were not developed specifically for and will be used for all . At least, I have the impression. Results in this field will be useful to us in the future – they will help you to control the temperature of the tyres.

If to speak about feelings after the first half of the season, I still have mixed feelings. Of course, I have had and successes, and failures, but it seems to me, it’s just a regular process for the pilot, who conducts the first normal season in Formula 1. In principle, I am satisfied with my work, though before Grand Prix of Hungary me not managed to achieve good results in training. I think, I gradually gain experience and progressing. In addition, one must take into account that this year almost the most dense struggle on the track in the history of Formula 1 – in two-tenths of a fit six or seven cars, and this is even more complicates my task.

In any case, I look forward to the second half of the season, and first of all – the stage in the Spa. This is one of my favorite tracks, and the machine should be there not less competitive than in Silverstone, where we were quick. Usually FW34 effective in high-speed cornering, and so again we will be able to compete for a high result. 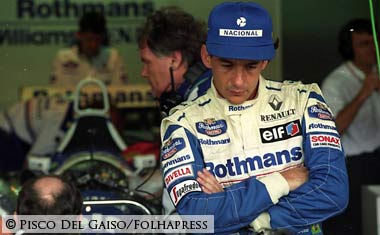 The 1994 Disaster: The Day Formula 1 Lost Its Remaining Innocence

A Tribute to Life Network - 30/04/2012
0
Every sport has a moment that shakes it to its very foundation, a moment after which things are never the same in that sport.... 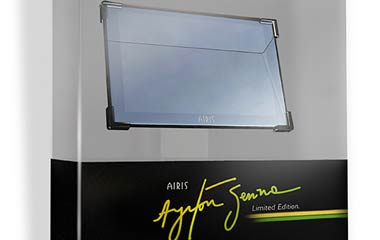 A Tribute to Life Network - 25/05/2012
0
Now fans of Ayrton Senna will have another reason to be thrilled with the roar of engines. The Airis for the domestic market presents...